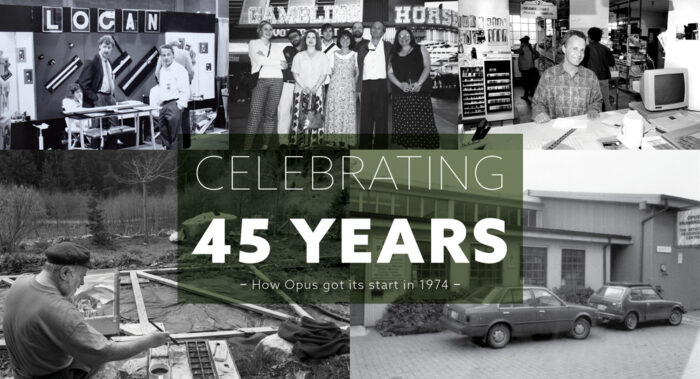 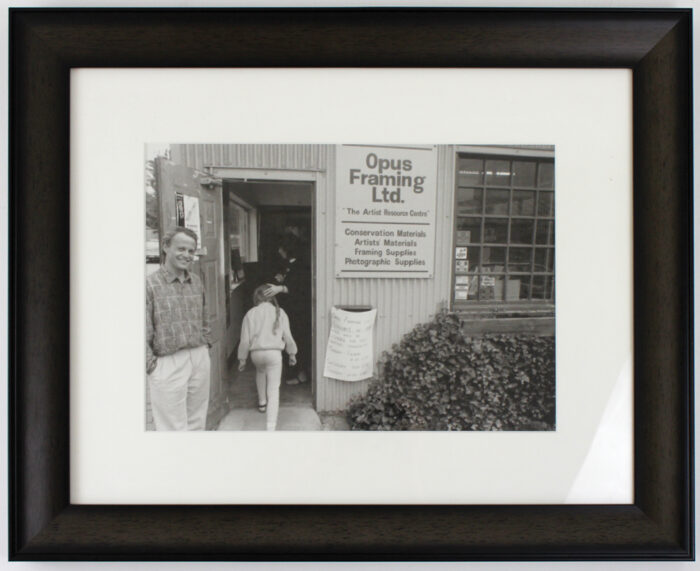 A framed photo of David standing in front of Opus Granville Island, c. 1978

Opus Art Supplies founder David van Berckel looks back on how it all began, 45 years ago: It was the 1970s and I was a hippie. I had landed in Canada after getting my engineering degree in the UK and travelling the world. After a time of just hanging out and enjoying myself, I realized I needed to make some money, but didn’t want to continue with my engineering – I wanted to be involved in the arts in some way. Many of my hippie friends were artists and I thought I could help them through framing their art. I’ve loved art from a very young age and I had fond memories of my father and I going to museums and galleries. That’s when I quickly discovered how much time, effort and resources it takes for an artist to make art. I returned to the galleries to check out “the scene” and my passion was reawakened. I wanted to do something to help artists and support the visual arts community and realized that I could earn a living through making frames. 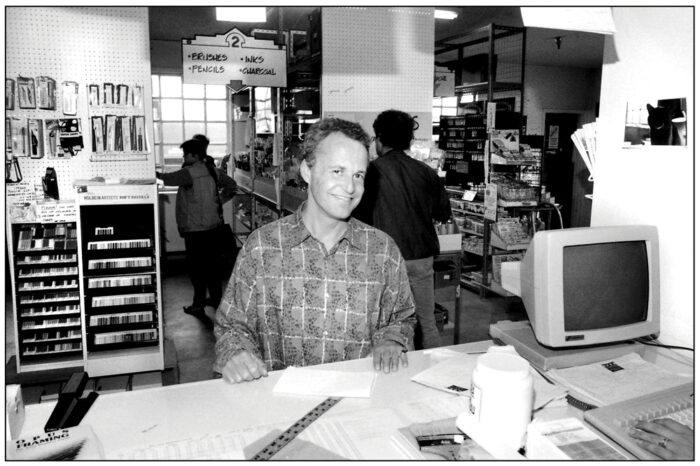 I bought a little picture framing business, and soon after it grew into wholesaling. I was actually the first person to make a go of it with metal frames. The demand increased, and I started a factory at 6th and Spruce. I really wanted to be on Granville Island, so when an opportunity came up to rent there, I took it! The building was derelict at the time:  there was about 2 inches of water on the floor, and a guy squatting in the space, so the CMHC provided some financial support for us to fix it up. Shortly after we opened our doors, Emily Carr University moved in, and from there we expanded into art supplies so that we could better serve the students that had become our new neighbours.

When I look back at Opus, what I think about is the people who influenced me and made my passions come alive. It was the people and the lifestyle that has made this life so much fun. One of my best friends (and the best man at my wedding) was Toni Onley. I met Toni back in the ’70s when we were both living on houseboats in Vancouver’s Coal Harbour. Toni would invite me to go on plein air painting trips with him – he was a float plane pilot – and he’d go to these wonderfully remote areas to paint, even way up into the Arctic. It was so interesting and inspiring watching him work. If a painting took him any longer than a half an hour, he was struggling. He’d do the whole thing with one brush. 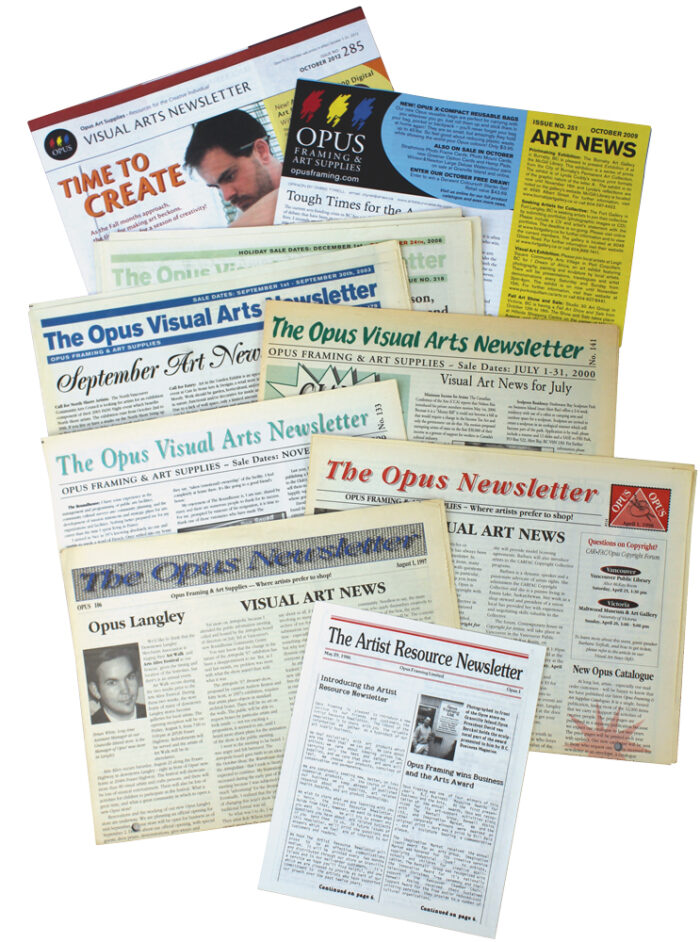 The Opus Visual Arts Newsletter throughout the years

I did a trip across Canada with Toni. He flew us across in his plane – we went as far as Montreal – and had lots of adventures along the way as Toni would stop in the next remote area for another plein air painting session. At one point he had a Polish plane, and he bought skis for it so that he could go and land up on the glaciers to paint.

An achievement I am most proud of is our work in helping students get a footing in their art career.  I’ve noticed that quite often one of the first things to get axed or cut is funding for the visual arts, and we’ve found that there are a few ways that Opus can help with that. We’ve offered a student discount for many years – it’s currently at 15% for post-secondary visual arts students. We actually just recently found out that the bursary and support we offer to Emily Carr University of Art + Design has exceeded $250,000.

I think the shortest way to say it is that I’m most proud to have supported artists and art students. I don’t know how artists do it quite frankly, but we’re going to continue to be a resource for them in whatever ways we can.